The biggest and the most everlasting protest movement against the government’s neoliberal policies in Turkey have been started in June, 2013. Protests which initially to contest the urban development plan for Gezi Park were sparked by police violence and protests took part across the whole country.
The government took a step back due to big reaction by citizens and gave up their decision of demolish the park. During this protest which last fifteen days, thousands of people were get injured and 9 people were killed.
The movie which started out to the sentence “Let justice be real by the falling of the heaven” tells the story of the protest and demand for justice against government’s neoliberal policies. 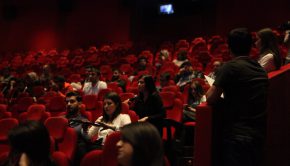